So you've recorded some tracks. The engineer has mixed them down to stereo and they now exist as files on a hard disk.

Now you want to release the album. But how do you get all your individual tracks from your stereo masters onto a CD and into the shops?

You need a mastering studio.

The role of a mastering engineer for album releases requires a combination of artistic and technical skills, and only a full understanding of both will result in a great-sounding album.


The artistic aspects include: 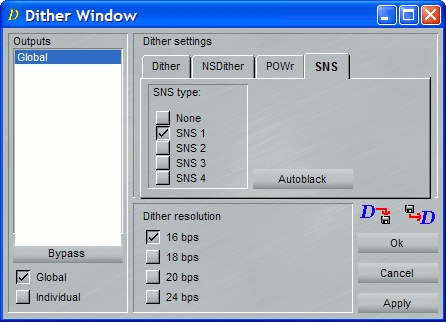 All those artistic aspects are subjective – there's nothing you could do to any of the tracks which means these tracks wouldn't actually end up on the disk. They wouldn't necessarily sound very good, but you could still release the album. 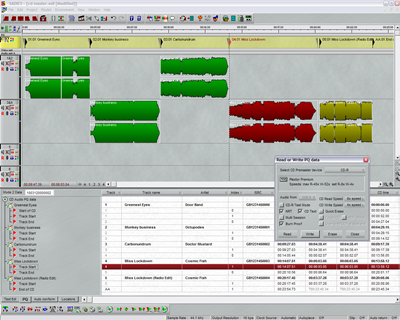 
The next set of considerations are the mandatory technical issues which need to be strictly adhered to. Without doing these correctly, your CD won't end up on the shelf:

Creation of the final master.

This can be in many formats, and the exact one used is often dictated by the requirements of the pressing plant of factory which you use to press the CDs.

The first method of delivering masters to a pressing plant predated recordable CD media. Way back then, the only available digital audio mastering device was built around a modified video tape recorder, that being the only format with enough data storage capability to handle the emerging digital formats and their associated high data rates. Sony's solution was one of the most popular, based on their U-matic tape machines with a digital audio conversion unit. To create one of these tape masters, you needed to connect audio, timecode, and RS422 cables between SADiE and the U-matic, sync them together, squirt an audio-coded burst of data to the tape which included all the Mode 1-3 information, and then start the audio at 2 seconds precisely. Of course, this was a real time process, and it was very expensive. But for the first few years of CD production, it was the only way.

Then came recordable CD. Suddenly, submitting a master as a Red Book CD-R was the simplest method. SADiE allows you to burn a disk with all the relevant technical data, and then you send that to the factory for them to copy into their pressing equipment. However, the CD format and channel code is a consumer product. It was never designed to be 100% data accurate, as it allows for replay interpolation of audio as well as actual error correction. So although a disk would play back with no audible errors, it might not be exactly the audio you sent the factory. So although sending a CD-R is universally accepted, there are better and more secure methods.

The next step was to record the PQ information and the audio data (disk image) to an 8mm data tape. This was stored in a format called DDP, or Disc Description Protocol. The most common brand name for these tapes was Exabyte, and their advantages compared to recordable CD include 100% data integrity with verification routines, and as the tape was enclosed within a data cartridge originally designed to store banking and financial data, it survived transportation and handling much better than the open and comparatively fragile CD-R. At the time, the capacity of these tapes seemed enormous, as they could be up to 2-3 times the size of an album. But as the demands of the global storage industry increased, it became uneconomical for Exabyte and other companies to continue the manufacture of what now seemed tiny drives and tapes, and the format was dropped. Many factories still accept DDP on tape, but the format is waning as old drives become uneconomical or impossible to repair.

With the advent of recordable DVD drives in computers, SADiE introduced support for writing of the DDP disk image to DVD-R. This was very similar to the data which had been previously sent to the Exabyte 8mm tape, and allowed data with 100% integrity to be stored on the DVD disk. However, this still suffers from the same vulnerabilities as CD-R, in that fingerprints, dust, or transportation damage can cause the disk to be rejected at the pressing plant.

So most recently, plants have started to accept the DDP image via secure networking or FTP transfer. SADiE creates a master disk image which is then verified with a checksum algorithm. The image and the checksum is then uploaded from the mastering studio to the factory, where an engineer can re-verify the image and produce his own checksum. If that is identical to the checksum supplied by the mastering studio, then you all have the confidence that the file has been successfully transferred from the studio to the factory with 100% data integrity.

Finally, one little issue which you might be interested in. The sound quality of all SADiE systems is truly excellent and worthy of the most high-profile, world class releases.

The SADiE offices are staffed by people with many years' experience of professional mastering techniques, and SADiE itself has been at the technological cutting edge of mastering with digital workstations for over 15 years. If you need any advice, don't hesitate to contact us.