It seems like only months ago that I made the decision to buy a SADiE LRX portable DAW, and I have not regretted making the decision one iota. I work most often in TV drama and currently I am recording on a Deva V which offers up to ten tracks on which to record. 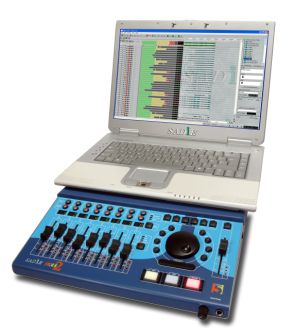 However, there are odd occasions when I would love to have a recording system that might offer just a little bit more flexibility – either more tracks, or the ability to edit a recording immediately after having made it. I was also keen to have some kind of back up device in the van. The LRX, though not appropriate for runaround shooting, could clearly cover all of the above, plus much more, and in a package that was economical to say the least. It would also cover me for the occasional music recording, which these days I do more often than not for fun (ie. unpaid!).

The LRX as delivered to me was the original LRX1, and this was specified to record up to 24 channels. The unit has three ‘Slither' interface card slots, each of which could take any one of a variety of input or output cards, making the LRX incredibly flexible in its configuration.

Just over a year after launching the LRX, those nice chaps at SADiE offered to enhance the machine's capabilities further, with an upgrade that added more DSP power to enable the LRX to function as a 48 track recorder (or possibly even more), along with a few other refinements. The new version was called the LRX2 – and I immediately decided to go for the upgrade.

At about this time my dear friend and business partner, the delightful Simon Clark (of Waking The Dead fame), gave in to my constant praise and we decided to buy an LRX2 for our hire company, Tacet. We felt that with the higher track counts available there could be openings for the LRX in actuality and reality type TV sound recording, and we have not been disappointed.

Foibles
I had discovered a few ‘foibles' in the LRX1 which I was hoping would be addressed in the LRX2. One of these was that there was too much gain in the mic/line input cards which made musical jobs tricky. For instance, even when the gain was wound all the way down, a typical bass drum mic would still be peaking considerably up into the red, (though I didn't ever hear it distort!). However, this issue has been addressed with a new, slightly less 'hot' mic line card – and this also brings the added advantage of adjustable line input gain too. It should be noted at this point that the mic/line cards sound gorgeous – smooth and clean and quiet at all times. 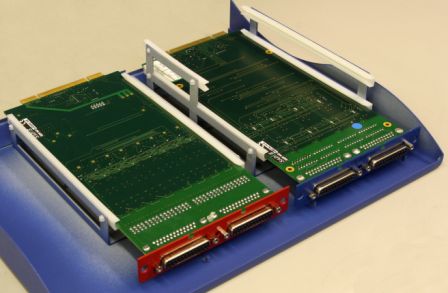 Another quirk of the LRX1 was that swapping the Slither cards was a major deal. Although the cards were supported at each end, they weren't located in side slots, so changing cards meant removing the LRX's case lid, which obviously isn't ideal. The LRX2 has a new design which not only adds the ability to accept SADiE's new MADI card (more later), but also now has side rails for the Slither cards to ‘slither' along. As a result, I can configure an LRX to suit a hirer's spec without having to remove the top of the machine, which is a big plus point for me.

It might be interesting to note that my first meeting with an LRX2 was when SADiE asked if I could help them test the new mic/line cards. We rigged up a machine with 48 Schoeps microphones (thanks to Steve Higgs MIBS) to see how hot the LRX2 would become powering all those very thirsty mics. It ran quite hot, but the fan did its job and the unit didn't complain at all. At this point I assumed that 48 tracks were the most the LRX2 could record, but typically, the folks at SADiE had yet another surprise to entice me: the MADI card!

The new MADI interface card allows up to 64 inputs and output via a single coaxial cable, and since it occupies a single card slot you can still use another input card to eke out just a few more tracks. This might lend itself well to something like a live gig, where splits of the stage sources could be received via the MADI card, whilst eight mic inputs could be used to record audience mics or atmos. A neat solution for sure, and all in a unit only slightly bigger than an opened telephone directory. 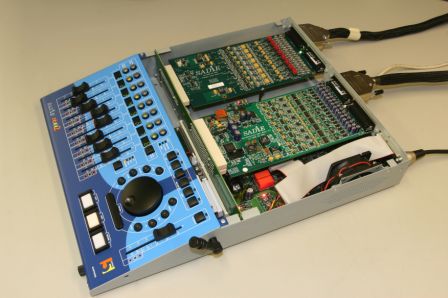 SADiE has also developed a special software version called MTR for the LRX. It is a kind of ‘one screen SADiE' which, although it still allows editing, is primarily focussed on multitrack recording. The machine comes with both MTR and full SADiE 5 software (currently in V5.5.2 form but soon to be V5.6 release), and this means that a project that has been started in MTR can be continued in SADiE 5 for greater flexibility. MTR is an absolute doddle to learn, an indication being that on the very first day I used my LRX I was surprised to discover that the musical scene scheduled for the end of the day had been brought forward to be at the start. This meant that all the time I had expected to have to familiarise myself with LRX was now gone, and I had about half an hour to work it out. Undaunted, I set it all up, plugged in my laptop and a FireWire drive, and set about working out what I needed to do. Suffice to say that I was ready to record a good ten minutes before the camera team were! The MTR screen is both clear and simple, and yet is extremely informative and powerful. The current version of the MTR software includes the most fantastic scalable channel meters, with configurable red and yellow zones to help manage recording levels.

I feel like we have travelled a long way in almost no time at all since I bought the LRX1. I deliberately say ‘we' as I feel that I have rekindled my relationship with the helpful, knowledgeable, and dedicated team at SADiE. I was immediately made to feel like a valued part of a very efficient team, all of whom are totally behind the product. I can telephone in to SADiE and speak to a man who builds the units, or a person who writes the software, unless of course it is five-a-side night when many of them are long gone! When I first spoke to them about the high gain of the mic/line cards, one of the company directors took a unit home to make a test recording of his son's band rehearsal in the garage. Now that is dedication!