Cambridge, UK: SADiE equipment is helping to make life easier for theme park sound designer Adam Slevin, who used to be Audio Production Manager for the Tussauds Studios before setting up as a freelance and offering his services to many of the UK's top theme parks and leisure attractions such as Thorpe Park and The London Bridge Experience.


Slevin is a devotee of the SADiE PCM2 and recently acquired his own unit to record sound effects and soundscapes on location. He has recently used the equipment on Over The Hill, a new dark ride project he has undertaken for a theme park in Essex. 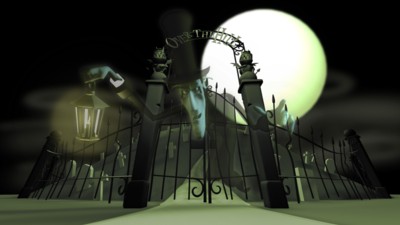 
"Although I usually work from my home office, I often have to work on site where the project is based," he says. "I have acquired a SADiE PCM2 because I've used the unit in the past and have always found it to be a fantastic tool for production. The fact that it is so portable makes it ideally suited to what I do because I'm not always working in the same place."

Slevin's job involves delivering audio that informs and entertains guests, as well as helping to emphasizing a story or theme. This could be anything from a new rollercoaster, a story-based dark ride or an interactive children's attraction.

"I deliver initial concepts in partnership with the attraction, then develop them into ideas that fit feasibly within their budgets and timescales. Depending on the type of project (for example new build), I design a suitable and durable system to replay the content as required and oversee its installation. In other projects it might be a case of retrofitting some new kit into an existing system - or just providing new content."

Slevin says that producing the audio content is one of the most critical parts of theme park audio production and the one area where he can really indulge his creative flair.

"I write scripts and work with voice-over artists to record them in the best way - from a creepy Undertaker to a Sheriff or straight-laced voices for emergency address safety speeches," he explains. "From there, I combine voice-overs with music and sound effects and build the actual tracks and soundscapes that will be installed into the attractions. Usually I record my own sound effects and I also work with composers to create original orchestrations.

"Most voice-overs are recorded in a studio, but it is always useful to plug a microphone directly into the PCM2 to record incidental noises and effects. It is also useful when I need to edit 'live' on site. The unit's portability means that I can take it with me, open up the entire project with ease and edit 'live' before making any amount of adjustments and committing the final mix to the system. It really is very simple and I love SADiE's functionality and desktop environment. It makes finite editing and production a total joy."

Designing audio for the theme park environment is understandably very different from any other kind of audio production because the guests are not in a static position and the sound designer can't control the space they are in.

"Theme park sound is more often than not outdoors, which is more demanding in terms of production as certain sounds, particularly subtle ones can be lost," Slevin says. "You also have to factor in sounds such as loud rollercoasters, screaming guests and other mechanics and environmental factors in the surrounding area. There isn't always scope to use a lot of different sounds as they can get lost, so you have to work quite carefully and craft together the most powerful sounds - and they all have to be of outstanding quality."

By having control over the whole creative audio process, Slevin can ensure that he always delivers the best possible results.

"Being in a theme park is about being immersed in an environment - suspended reality," he says. "You almost have to imagine you are watching a film or program and somehow end up within it. The best job satisfaction is watching guests enjoy the ride or attraction and become immersed, entertained or engaged. Having said that, you can install the greatest sound system in the world, but without the right quality of production it will sound anything but great."