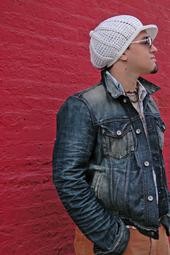 Entitled "Caipirinha" the song is being used by Leblon Liquor Importers as part of a viral marketing campaign for Cachaça, a product used to make the Brazilian drink Caipirinha. It will also feature on Jamba's forthcoming album, which will be mastered at Tangerine Mastering.

"With design input from John Storyk, of the Walters-Storyk Design Group, we have created an acoustically precise room with a creative, comfortable modern atmosphere and staffed by an exceptionally talented team of mastering engineers," says Johansen. "We have also brought together the best of vintage and modern equipment, including an 8 input/8 output SADiE PCM8 mastering system running full SADiE 5 software. This is configured with SADiE's additional CD Mastering Package, which offers the Red Book mastering option, DDP, Mastering Limiter, Hi-Dither and PQ-list print."

For the Jamba project, Tangerine's lead mastering engineer Andreas K. Meyer took a song that was basically home recorded (except for the drums) and used the SADiE editing tools to piece parts of the track together at the start of the song to give maximum impact to the percussive vocal word-play. Meyer also used the SADiE restoration tools to clean up unwanted background noise and artefacts in the recording chain.

"The Sadie PCM8 system gave the song the kind of precise punch that no other piece of equipment could have," Johansen says. "It is a very infectious tune and works brilliantly as a hook to get a party started with the Brazilian drink Caipirinha made with Leblon Liquor Importers Cachaça."

Tangerine Mastering is now working on a number of other projects for artists including re-issues for the Bar-none label and new releases for Bob Bert's International Shades (formerly of Sonic Youth). Meanwhile, Jamba's song "Caipirinha" should be on every iPod, starting parties in Brazil and throughout the world.