Yorkshire, UK: October 9th 2018: Dance music producer Mark Maitland has chosen PMC IB1S monitors and Prism Sound ADA-8 converters and interfaces for his new studio in Yorkshire and is already putting them to good use on mix projects for artists such as Lowe Steppa, Jack Wins, SKT and Alex Ross.

Maitland’s new purpose built studio was designed and acoustically treated by DACS Audio. It is equipped with a hybrid SSL and a Pro Tools | HDX system, plus a comprehensive selection of outboard equipment and software. 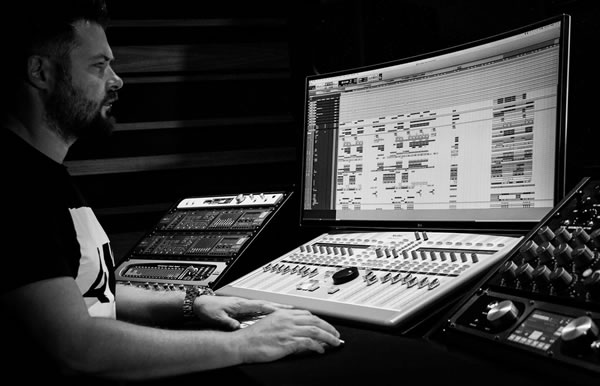 Maitland entered the Dance music scene as a DJ playing in some of the top clubs in the North East before becoming part of the Energy UK Records unit and later running Elektriqa Records. More recently he has been producing Dance, Pop and House tracks for labels such as Armada, Ministry of Sound, Universal, 3 Beat, Spinnin’, FFRR and All Around The World. He has also produced, mixed and remixed for the likes of the Utah Saints, Hardwell, Little Mix, Ella Eyre, Lost Frequencies and Example. One decision Maitland made when building his new studio was to invest in the best converters he could afford. “My approach to production is mathematical rather than just musical, as I create music on a computer.” he explains.” I often have lots of different projects running at the same time so running a hybrid system is a must for me. Easy recall but with the joy of analogue. To achieve this, I run two Prism Sound ADA-8XRs as 32 channel DA Conversion, giving me 16 stereo output buses for analogue summing. The mix bus is then past back through a hybrid of outboard mastering gear and plugins, before being finally recorded back through a Prism Sound Titan audio interface for more sweet Prism Sound conversion.” Maitland adds that the decision choice to switch to Prism Sound was simple. “The punch and clarity from their AD/DA conversion is second to none and I find myself doing less in a project as I can hear more,” he says. “I know that sounds strange but the neutrality of these units and the sound I get from them is amazing. 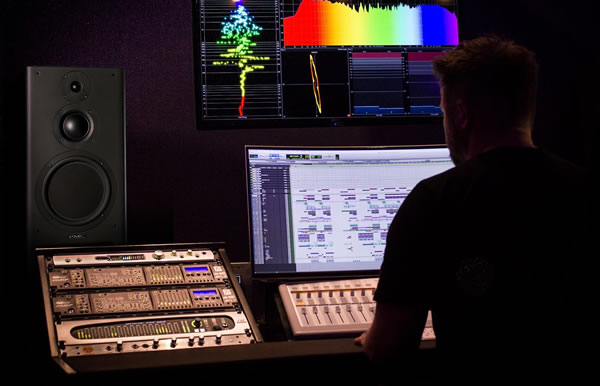 Before he bought his converters, Prism Sound sent Maitland a demo ADA- 8XR so that he could compare it next to his old system.

“The difference was audible instantly,” he says. “From this point there was not turning back. After deciding to make the leap they were super helpful alongside Pro Audio Systems to craft the correct system for my needs to maximise conversion and minimise cost. In this world you get what you pay for and in my humble opinion there is no better choice than Prism Sound conversion.”

Monitoring for the new room was another major decision for Maitland because he wasn’t entirely satisfied with the speakers he had been using in his previous studio. “I knew I needed to change them – I just didn’t know what for,” he explains. “Then Dan Hudson from Pro Audio Systems recommended PMC, so Ian Downs from the company came up with a pair of 228s and a pair of IB1S monitors and we put them through their paces. I completely fell in love with the sound of them, especially the IB1S. I liked them so much that I couldn’t give them back. In the end I had to get myself a pair.

“These days I get a lot of work from record labels who need a track fixing. Somewhere along the line I’ve become good at spotting what’s wrong, especially when it isn’t my track and I can be clinical. To do this I needed monitoring that would allow me to work for long period of time at low and loud volumes, and completely trust what I’m hearing hence why I chose PMC. The IB1S just fitted perfectly in to my studio. A clean, clear, complete spectrum of sound, that feels right. What more could you ask for?” Maitland adds that the IB1S monitors make it easier to spend longer in the studio because they are not tiring. “They sound how my ears sound,” he explains. “When I play a track through them I can hear everything from the very highs to the very lows, it’s just detailed and clear even at loud volumes. They make my records sound how they should sound, and you can’t get better than that.” Maitland is currently working on new tracks for Alex Ross and Low Steppa, whose recent single Runnin’ hit over 20 million streams on Spotify.