Cambridge, UK - April 2006 - Chevron Recordings has purchased two new SADiE systems for their premises in Portsmouth - a SADiE LRX for portable and location hard disk audio recording, and a SADiE PCM8 system for post-production and mastering. 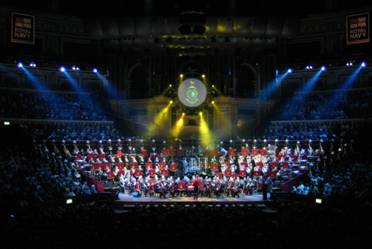 Based at the HMS Nelson Naval base in Portsmouth, Chevron Recordings is the recording department of the Royal Marines Band Service, specialising in recording the Royal Marines Band Service (RMBS) and other service and civilian symphonic wind bands. Chevron Recordings produces military band music for CD release along with music for television, festivals and tattoos. Its CDs include both live concert and studio recordings, and the equipment moves between the various RMBS studios and prestigious venues such as the Royal Albert Hall. Chevron's largest in-house facility is the purpose-built studio at HMS Raleigh in Torpoint, the home of HM Royal Marines Band Plymouth, which is able to comfortably accommodate 65 musicians. 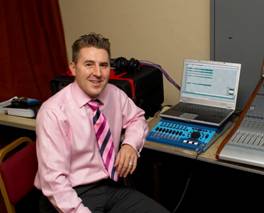 Andy Deacon and his predecessor Ken Peers have amassed an impressive roster of mics, pre-amps and processors, and naturally turned to SADiE when they were looking to improve their hard disk recording facilities.

Andy commented, "The studio is funded entirely by producing and selling Chevron titles, so the two most important aspects of all our equipment are high sound quality and affordability. We consulted many other recording engineers about their experiences with hard disk systems, and were consistently told that SADiE would be the best choice, not only for sound quality but also editing and mastering flexibility. We contacted SADiE and visited their demonstration facility where we could immediately see and, more importantly, hear why SADiE had been so strongly recommended. As a result we purchased the LRX portable multitrack recorder for location recording duties, and the PCM8 system with CEDAR restoration plug-ins for studio-based editing and mastering. Even after a few days' use as a relative novice with the system, it's obvious that the ease of recording and editing is far superior to anything else we considered. The experience of working in the Royal Albert Hall with Phil Wright of Sound by Design and their Digico system, has taught us that with the introduction of affordable MADI in both the H64 and soon the LRX, makes SADiE an even more attractive acquisition. I would suggest it not only produces superior sound quality, but also reduces the amount of work involved when it comes to packing away the proverbial "rats nest' of cabling at the end of what is an incredibly intense week of recording"