IBC Amsterdam, 8-12 Sept. 2006 - SADiE announces the appointment of Pete Nash to the new role of worldwide Head of Sales. Nash has previously enjoyed a long involvement with SADiE in his role as a training consultant for notable organisations such as BBC radio and has represented SADiE on numerous occasions both as a demonstrator and product specialist. The new role involves responsibility for leading the international SADiE sales teams in addition to channel management and business development in the expanding overseas markets. 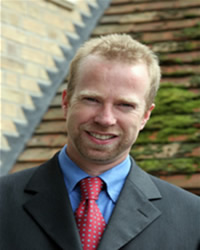 Before taking up the appointment with SADiE, Nash has recently been widely involved as an independent industry consultant, most notably working for the BBC as part of the West One Project. In this role he was responsible for developing and implementing fundamental new working practices and processes for producers across BBC Radio Production using SADiE 5 and SADiE BB2 editing systems and hard-disk playout servers. This role involved designing and facilitating participatory training courses for several hundred of the production staff. He has also been continuing his role as an independent producer and programme maker, delivering numerous features for BBC Radio 4, including radio drama, in addition to productions for many other media organisations.

A one time freelance Studio Manager at BBC Birmingham prior to his independent work for the corporation, Nash was subsequently employed as General Manager for Monty Funk Productions Ltd - a UK based production company and supplier to BBC Radio 4, Radio 3 and Radio 2. He also has considerable experience as a journalist and has written several feature articles for publications such as Audio Media and LineUp.

Speaking of the new appointment, SADiE Sales & Marketing Director Geoff Calver commented, "Pete brings a considerable wealth of talents to the company and is already well known and respected within our organisation and the industry. With his extensive background and wide ranging knowledge of SADiE and its applications, he is ideally placed to maximise the opportunities presented by the exciting new product developments taking place here such as the LRX2. Pete will be responsible for leading and directing our existing sales teams and for the wider development of our sales channels into the important emerging overseas markets".