Cambridge, UK: Providing proper training to the producers and engineers of tomorrow is vital for the entire future of the broadcast industry. Not only do they need to learn skills that are applicable to the industry, but they also need to learn about the equipment they will regularly come into contact with. 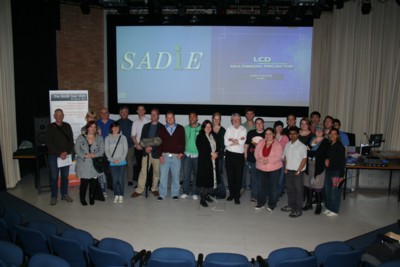 
This is the philosophy behind Prism Sound and SADiE's successful series of free seminars, which recently visited a number of key cities around the UK and attracted an audience of students and industry professionals who wanted to brush up on their skills.

Among the venues taking part in the seminar tour were Bournemouth University, the University of Westminster, Manchester University, the Royal Northern College of Music and the National Film and Television School.

As well as discussing the practical aspects of programme making for broadcast and location recording, the seminars also focused on the reasons why SADiE has become the craft editor of choice within the BBC, and how it integrates with their radio automation system VCS for Radio 1, Radio 2, Radio 3, Radio 4, BBC Scotland, BBC Local Radio and the World Service. Representatives from VCS were on hand to discuss this integration in depth.

Feedback from those attending the seminars has been highly complementary and suggests a real need for this type of industry training.

Paul Davis, from Tollbooth Music who attended a session in Manchester, says: "The tone of the presentation meant that you didn't have to be from a specific broadcasting or editing background to follow what was being talked about. I found a great deal of useful information at the seminar and would gladly attend another and happily recommend them to others. It was well worth the trip to Manchester."

Equally pleased was one of the attendees at Manchester who says: "I really appreciated seeing SADiE used by people who make programmes like I do, rather than sales people demonstrating it. It was brilliant to have the VCS guys over and to be able to see how SADiE integrates with VCS and how VCS works."

Commenting on the event, Prism Sound and SADiE's sales and marketing manager Jody Thorne says: "It is in manufacturers' interests to give something back to the community and not just be driven by profit. We see our seminar programme as a long-term investment in our products and in the future of the industry that we serve."