SADiE 6 to include iZotope Plug-ins bundle

Cambridge, UK: Prism Sound, manufacturer of the SADiE product range of high-end DAWs, is delighted to announce a major addition to its new SADiE 6 release. In a deal just announced with iZotope, all SADiE 6 systems will include a customized and expanded audio effects feature set powered by iZotope technology. 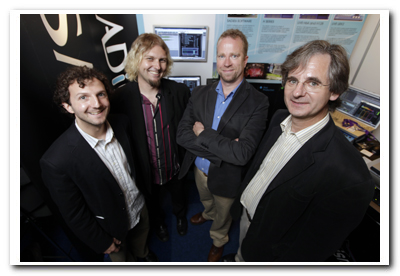 Peter Nash, SADiE 6 specialist at Prism Sound, comments: "The deal with iZotope brings a well respected range of creative tools to SADiE 6, which will prove invaluable to creative radio production professionals and post production specialists alike. We have worked closely with iZotope to choose precisely the right combination of functionality to allow creativity to be maximised in what is already regarded as the most serious of DAWs used by broadcasters the world over."

Alex Westner, iZotope's Business Development Manager adds: "With such a well respected and experienced workflow-orientated editing system as SADiE, we feel we can add to the product's creative value with a variety of our audio technologies, while introducing the iZotope brand to a new set of customers in the broadcast market. In addition, this set of VSTs are tailored for SADiE, fitting into their new graphic look and creative workflow."

The iZotope bundle, customized for SADiE 6, will include: