Cambridge, UK: Björk's new Biophilia album, which was released in October, is undoubtedly one of the most ambitious music projects to be released for years. Not only does this album prove that Björk is still at the cutting edge of music, but it also takes the delivery of her talent to a new level by combining music, installations, live performances, digital media and apps. 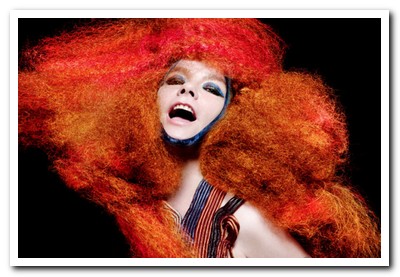 
The apps, which are targeted at the iPad market, include 10 separate apps housed within one "mother" app. Once this is downloaded, the Biophilia app unfolds on screen into a galaxy of ten stars that allow users to explore, understand and interact with each of the tracks on the album. Lyrics and detailed musical analyses are included and users can even remix the song themselves, thus making the line between art, performance and audience even more indistinct. Of course you can also simply listen to the song and enjoy a colourful visualisation as you do so.

The making of Biophilia was a long process that took Björk a number of years to complete.

Mandy Parnell, who has been nominated for numerous Grammy and Tec awards for her engineering and mastering work, was drafted onto the project in September when Björk decided she wasn't happy with the mastering she'd had done in New York. Just one month before the album's release, the date was pulled back due to conceptual issues on the album. According to Björk, the album needed to have more 'live feeling' and a more determinated 'body' than the versions on the apps.

A firm advocate of Prism Sound Technology, Mandy put together a 'box of tricks' that included her trusty Prism Sound Orpheus FireWire Computer Interface and the latest SADiE 6 software. She took this with her and set everything up in a Pro Tools equipped studio belonging to mix engineer Addi 800, who kindly loaned his studio Ö&Ö, part of a facility called E7, for a few days.

Mandy says. "I'm a massive fan of Prism Sound conversion - their converters are an integral part of my sound - and everything I do goes through them. I also took a Monster Controller to feed into Addi 800's Barefoot MM27, using my Orpheus as my conversion back into SADiE 6 software, which was also used for editing. The whole process worked really well. This set-up is one that I have put together with the help of the Prism Sound team, who have always been really great whenever I've needed their assistance."

Mandy arrived in Reykjavik late on Saturday and was in the studio first thing Sunday morning for the album playback with Björk. Björk had just spent a couple of weeks working on the foundation of the album with Leila Arab, a long time friend and collaborator. They were working on the concept to take the album more into the sonic direction she had envisioned. Björk also brought an assistant engineer, Curver, who had been involved with the project for a few months. He assisted Addi 800 and Mandy.

"That first day we spend seven hours going through every track on the album so that Björk could explain the concept and the emotional intention, what type of sound she was looking for and how she envisaged the end result. Then I spent another five hours on my own mastering just one track. I delivered two versions to her house and she was very happy with the mastering but wanted some changes made to the mix, so it was back to the studio to tweak the mix. We then spent the next couple of days going through all the mixes, tweaking them during mastering and revisiting them to tweak again if Björk felt we needed to.

"We ended up stem mixing, comping vocals and pulling in material from her live shows. All of this was done against the clock because she had recalled everything from New York and needed to deliver a finished product by the end of that week."

Mandy says the entire experience is one that will stay with her forever because it was such an exciting few days - and because Björk was such a great artist and producer to work with.

"She's lovely - really interesting and someone who knows exactly what she wants. I was thrilled to be part of this project and although it was a chaotic four days, I wouldn't have missed it for the world."

Biophilia is Björk's eighth studio album and since its release in October it has garnered massive amounts of press from reviewers who have variously described it as 'mesmerising', 'amazing' and 'wholly unique'. It is certainly one of her most ambitious projects and, thanks to the tie in with iPad, it is sure to excite technology fans as well as those who follow her simply for her music.