Veteran engineer Danny Leake has upgraded the SADiE editing system at his Urban Guerrilla Engineers mastering facility in Chicago to incorporate the latest SADiE 6 software. The upgrade has enabled the facility to turn mastering projects around with much greater speed, and significantly improved accuracy. 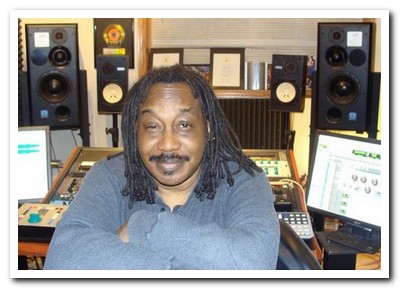 
With more than 40 years' experience as a recording, mastering and live sound engineer, Danny Leake has worked with some of the best known artists in the world including Stevie Wonder, Kanye West, Destiny's Child, Placido Domingo, Janet Jackson, Lupe Fiasco, Whitney Houston, Diana Ross and The Police. During his tenure as a member of the Recording Academy's Board of Trustees he helped facilitate the Recording Engineer/Mixer Grammy, the Mastering Engineer Grammy and the Dance Music and Remixer of the Year categories to the Grammy Awards process.

Although Danny Leake believes that 'music should never be a slave to technology', he does insist on having the very best that technology can offer in his Urban Guerrilla Engineers facility. He has been a SADiE user since 1996 and says that, despite owning other digital audio workstations, SADiE remains his favourite.

"For me, it is one of the fastest and most accurate editing systems out there," he explains. "It is equally good for classical and pop music editing, and the CD Mastering section is excellent. With the new SADiE 6 software, editing and PQ coding CDs is probably three times as fast as most systems out there and sonically it is beyond accurate. Also, the VST implementation is bulletproof. With SADiE 6, project revisions become non-problematic, while making radio and clean versions from album versions has become much easier."

As well as upgrading to SADiE 6, Urban Guerrilla Engineers has also invested in a Prism Sound/Maselec MEA-2 stereo mastering equalizer.

"The MEA-2 is doing a magnificent job and providing a range of features that I really like," Danny Leake says. "The frequency selection is great. I haven't found anything I can't do with it. I am also using it during mixing to add some weight to the drums or anything else that needs it. It has already been used on a number of projects, including mastering Styx's Grand Illusion/Pieces of Eight Live DVD."

Danny Leake adds that one of the advantages of buying Prism Sound and SADiE equipment is that it comes with excellent aftersales support.

"SADiE has always had the best follow through when help is needed and it hasn't changed since Prism Sound acquired it," he says. "I'd like to thank Frank Oglethorpe and Janice Norton in Prism Sound's US office for all of their help with my SADiE and now my MEA-2."