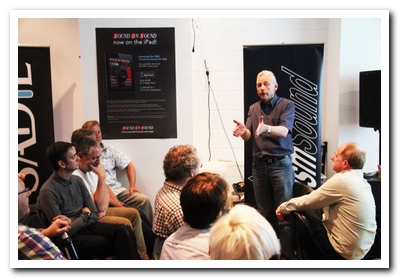 "There is currently an issue surrounding poor quality QC control and lack of coherent QC processes in the mastering world," Ray Staff explained. "This was a key reason why the MPG decided to set up a specific Mastering Group and why we have come up with a process that, if universally adopted, should address this problem."

The new QC process comprises a set of guidelines that aim to prevent the wrong masters from ending up in the CD manufacturing chain. In recent months this issue has affected a number of mastering engineers who have faced potential bills for incorrectly manufactured CDs because proper measures were not adhered to.

"This is a very serious issue that the whole industry needs to address," Ray Staff added. "We live in a world where, other than vinyl, we are moving away from physical masters to the online delivery of CD masters and files for downloads. It is imperative that guidelines are followed to ensure that the right files and masters are delivered and to provide mastering engineers with some protection in case of mistakes by others. Many of those working in the mastering business already know the process but there are a lot of people who are new to mastering or are working in small home-based facilities that need guidelines and need a structure that establishes a clear chain of responsibility."

In conjunction with the new QC process, Richard Whitham from insurance company Doodson, gave an overview of the new insurance policy that Doodson has specifically tailored for mastering houses following the QC process. The policy, which will be discounted for MPG members, aims to protect mastering houses against any possible claims.

Producer and MPG member Tony Platt stressed the importance of combining the QC process with proper and specialised insurance, saying that this would empower the mastering houses in any possible disputes.

Barry Grint, Mastering Engineer at Alchemy Mastering, also reported on his collaboration with the European Broadcasting Union (EBU) to enable ISRC codes to be embedded into the broadcast WAV standard. As a founding member of the MPG Mastering Group, Grint is working towards broadcast WAV becoming the standard file interchange format for the Music, Radio and Television industries across Europe. Thanks to Grint's efforts, the EBU has now agreed to implement a standard field for unique file identifiers. Similar to ISRC codes or Stem identifiers, these will be inserted directly into broadcast WAV files and will help to ensure that the correct files, mixes and stems are used and that everyone involved in the creation and production of the audio is properly credited and paid.

Grint pointed out that it is now up to Digital Audio Workstation manufacturers to implement functionality to write and read ISRC codes to and from Broadcast WAV files.

The evening ended with a lively discussion and with the panel calling for the audience to send in their feedback, suggestions and comments so that these can be included in the final documents and guidelines that the MPG Mastering Group aims to produce by the end of June.

The MPG would like to thank Alchemea for hosting the event and Prism Sound, which sponsored the drinks reception.