Cambridge, UK: Classical label Obsidian Records has been named as 'Label of the Year 2009' at the Prelude Classical Music Awards in the Netherlands, marking yet another success for Prism Sound's SADiE technology, which is used for all of the label's recordings. The label's latest release, 'Henry's Music' CD705, has just received 5 stars for audio quality in this month's BBC Music Magazine. 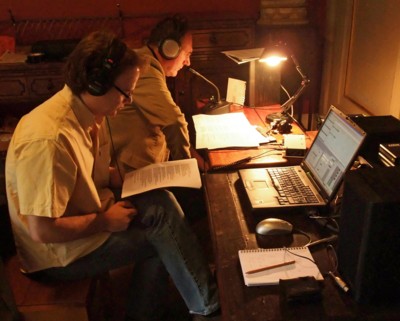 
Obsidian Records concentrates on music from c.1300-1750 and focuses on major composers and sources, including previously unrecorded repertoire. The label aims to give listeners an atmospheric and realistic experience by combining vocal and instrumental music in a natural recorded sound. Artists include some of the finest available, from Britain's leading new vocal consort, Alamire, directed by David Skinner, to established groups such as the viol ensemble Fretwork, collegiate choirs at Oxford and Cambridge, and soloists including Andrew Lawrence-King and Lynda Sayce.

Obsidian Records director and owner of Classical Communications Ltd, the company behind the new label, Martin Souter says the portable nature of the SADiE system makes it ideally suited to the way classical music is recorded 'live' in venues where a real acoustic is of the utmost importance: churches, auditoria and concerts halls.

"We have used SADiE equipment for many years on our established label, 'The Gift of Music'® and have stuck with it because it is so flexible," Souter says. "Once the recording is completed, we also use SADiE equipment for editing, mixing and mastering. The editing functions are especially useful for classical music because they allow far more extensive, detailed and flexible control of the edit than other systems I have worked with, many of which are designed primarily for a multitrack studio environment. And Sadie is very quick and very stable, both important, commercially valuable attributes which keep the costs down!"

As well as notching up success in the Netherlands and the UK, Obsidian Records has also garnered exceptional praise for individual releases from Classic FM magazine and Gramophone Magazine.