Cambridge, UK:At BVE North, Prism Sound/SADiE is sponsoring a BMIT/Audio/Content Delivery session that will highlight how the BBC has delivered a new craft editing solution to its workforce. 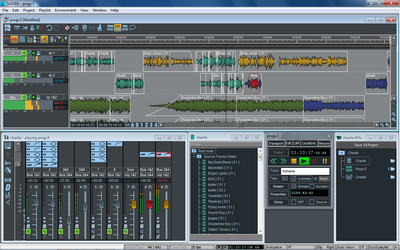 
Following a comprehensive review of a range of potential solutions for craft editing, the BBC recently renewed its commitment to SADiE by placing an order for 50 licenses for the recently released SADiE 6 editing software. These are now being installed at BBC North and around the BBC. The broadcaster is streamlining the range of tools that it will support internally for its radio programme makers and has selected SADiE as the standard "Craft Editor" for audio to complement its radio production and playout automation systems.

The BBC is a large corporation with several thousand users of editing tools and over 600 users of what it calls "craft editing" tools, which have more highly developed facilities for detailed editing of more complex productions.

The Corporation currently use a number of different solutions, partly through users' choice, but many are on increasingly out of date computer platforms and operating systems. The aim is to provide a single craft editing software system, working on new computers and operating systems that can integrate with the BBC's other systems.

Adam Heath's case study, which will be presented on November 16th at 2.15pm, will investigate some of the issues that need to be addressed when moving a large number of users with disparate needs to a common platform. Many of these issues apply to a company of any size.

Prism Sound will also be taking a stand (611) at BVE North where it will demonstrate SADiE 6, a new software-only version of its world-famous recording and editing system.

SADiE 6 operates on any computer running Microsoft Windows as well as existing SADiE5 hardware platforms. This extended compatibility is reinforcing the brand's appeal to broadcasters and professional users around the world by giving location recordists, sound designers, audio editors and post production engineers the most powerful tools possible for today's audio recording and editing requirements.

Also on show will be the SADiE LRX2 multitrack location recording workstation, which is popular with production companies and film crews that need to record multitrack audio. The workstation allows users to record up to 64 channels at 48kHz/24bit (or 32 at 96kHz/24bit) from a variety of dedicated input cards including MADI and mic pre amps.

Prism Sound will complete its BVE North line-up with the dScope Series III audio analyzer, the DSA-1 and the Orpheus Computer FireWire Interface, which is used in recording, mixing, post-production, mastering, archiving and broadcast applications where the highest audio fidelity is a necessity.